Get instant property alerts for www.homesaroundnwa.com

Get the MoveTo App

Fayetteville, Arkansas is a vibrant city which has been recognized in many national “Best of” lists through the years. Among other accolades, in 2018 it was ranked fifth in the U.S. News and World Report “Best Places to Live” article. Fayetteville was founded in 1828 and has grown in size to just over 55 square miles. It is the largest city in the Northwest Arkansas region and the third largest city in the state with an estimated population of 85,000 residents. Fayetteville is also the proud home of the University of Arkansas, the state’s largest university. Families looking to buy homes in Fayetteville should know that in 2017 Niche, a school research website, named the Fayetteville School District the best school district in Arkansas.

There is plenty to do in Fayetteville for entertainment and recreation. During the school season fans and alumni flock to the university to watch sporting events including baseball, basketball, track and field and, of course, football. No matter what the season there is always plenty of shopping, dining and nightlife to choose from in Fayetteville. Dickson Street, which is in Downtown Fayetteville near the university, is one of the best entertainment districts in Arkansas. It is well known for the many boutiques, dining experiences, bars, and live entertainment offered. If you are craving BBQ, Fayetteville has been called one of the best BBQ cities in the US.

Things to see in Fayetteville include Prairie Grove Battlefield State Park which was the site of the Battle of Prairie Grove during the Civil War. The park is home to a museum of artifacts from the battle. For flower lovers, there is the Botanical Garden of the Ozarks, which has a butterfly house in addition to the gardens. Lake Fayetteville Park has both running and biking trails and the Symphony of Northwest Arkansas is the resident orchestra playing at the Walton Arts Center.

Beautiful home in East Fayetteville. Relax on the back patio while viewing the Boston mountains. 4 bedrooms, 2 full baths, a dining room and a study, 3 car garage, cover...

Meticulously maintained historic home overlooks a spacious corner lot in the walking-friendly Washington-Willow Historic District AND has both a 2-car attached garage plu...

Newly remodeled home awaiting you. This property is located on 3.27 acres has a finished walkout basement. Spacious bedrooms and kitchen and living room. The living room ...

Featured in multiple national, state, and regional publications including Southern Living and Better Homes and Gardens. This storybook cottage with professionally lands...

Gorgeous Fayetteville townhome! This centrally located town home is just minutes from the interstate, the University of Arkansas, coffee shops, and shopping. All electric...

Don't miss this amazing home at an amazing price, lots of fun spaces in this house!! This beautiful home has 3 bedrooms and 2 baths on the main floor along with a dining...

Come check out this beautiful, well-laid out home and special features including quartz countertops, stained beams, and spa-like tiles! The majority of the living space i...

Check out this uniquely designed probuilt home located minutes to everything Fayetteville has to offer. 4-bedroom 3 bath home with bonus room providing plenty of space fo... 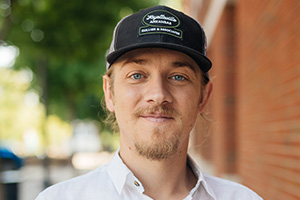 Zillow Verified Reviews
3747502
"Matt is an honest agent, and that's hard to find. He doesn't try gimmicky sales tactics like "paint a mental picture" or dodge serious questions, he ... more "

5.0/5.0
by jonathan w vogler
4635950
"I worked with Matt on the purchase of a lot. Matt was very responsive in communication with me and I felt that the overall experience from making the ... more " 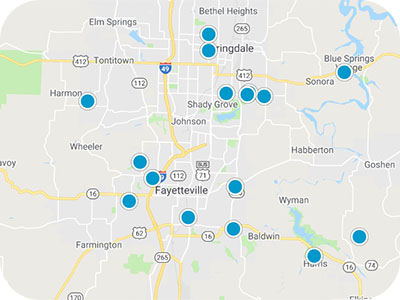